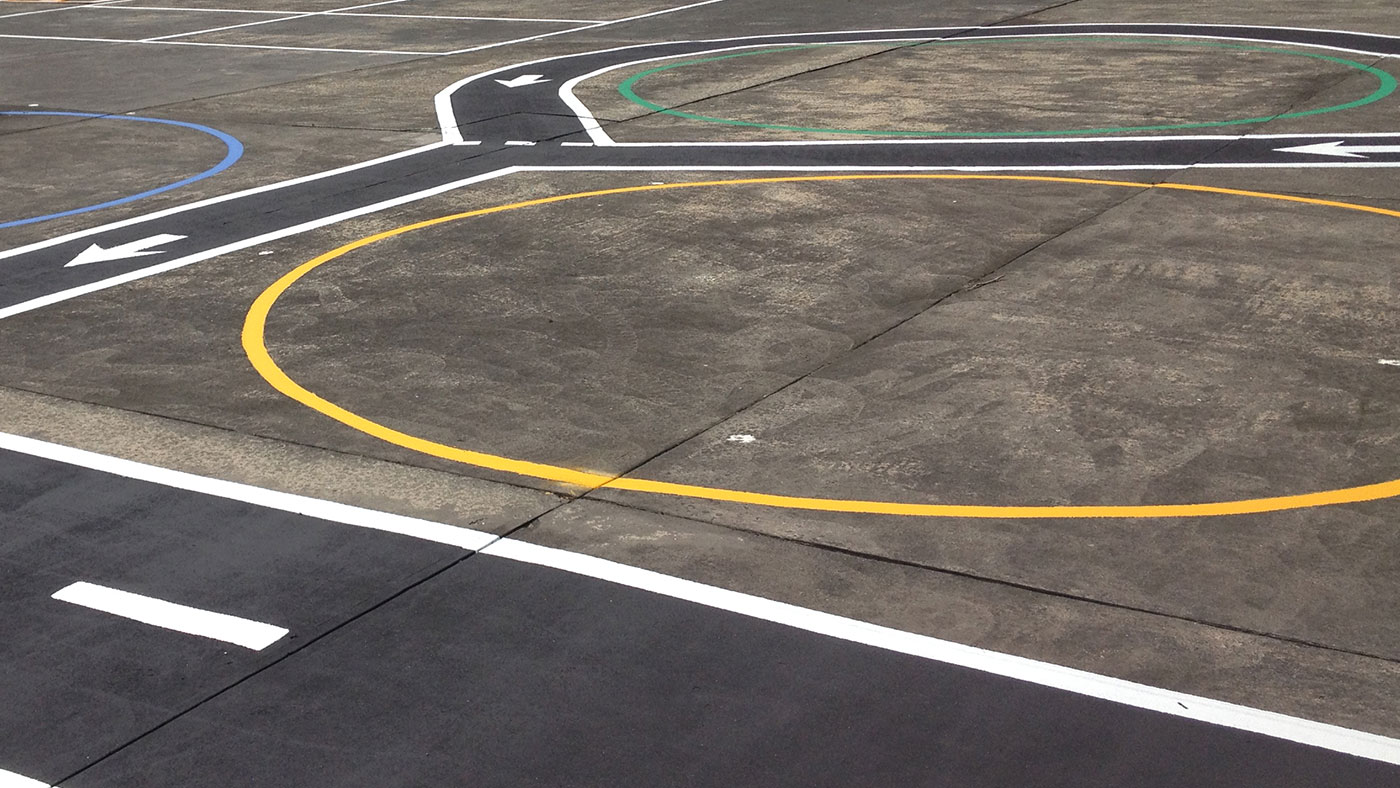 Select from the full range of full sized individual Sport Courts or Multi Courts of with up to three games overlaid in contrasting colours. Direction Line Marking' can scale Sports Courts to fit your available outdoor play area.

Create spontaneous play opportunity for children without dependence on expensive equipment. Parent and Friends hard earned dollars are well invested for long term permanent improvement of the playground with line marking to keep more children more active more of the time. The Live Life Well at Schools Grant (insert link) currently available to 2015 to all NSW Primary Schools can be utilised for playground & sport court line markings to increase activity options for children at play.

CHOOSE UP TO THREE SPORTS COURTS FOR THE ONE AREA, including:

MULTI COURTS overlay more than one sports court on the one area using contrasting colours to maximise limited playground space for children's activity. Multi Courts are a clever way for Schools to engage children in a variety of games in limited spaces. Direction Line Marking will design, scale and install any combination of Sports Courts installing a maximum of three courts in any one playground area.

Overlay Netball and Volleyball to your Basketball court to increase play options, keep children active and challenged to learn three games instead of one. DIRECTION Line Marking's combination Multi Courts can be standard, full sized, half court, scaled or mini to suit all ages and spaces.

Direction Line Marking can combine up to three Sports Courts on the one surface area with multi coloured sports courts. See samples of recent Multi Courts. Overlay popular playground games like hopscotch or targets on Sports Courts to maximise use of available space and active play for children.

Direction Line Marking has built its reputation on return clientele and referral.

"I am proud to recommend Direction Line Marking, you will be dealing with people who are honest, reliable, experienced and competent…. What more need I say."